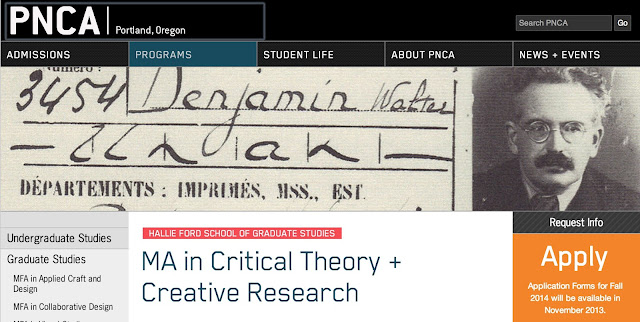 Where is Nonfiction Taught?

The Difference Between MFAs in Nonfiction and MAs in Critical Theory


Later in this project I will be looking at fiction writing, and at images outside of art. But here at the beginning I am concerned with what constitutes interesting nonfiction writing, especially when the subject is fine art. Hence my interest in the fact that some Master's degrees in nonfiction are suffused with political and linguistic theory, and others are steeped in 20th and 21st century literature and criticism.

One of the most important differences between what I count as interesting writing, and what counts as interesting writing in MFA writing programs in North America, is critical theory. There are two very different ways of learning nonfiction at the Master's level: "creative nonfiction" in MFA writing programs, and "criticism" or "critical theory" in MA programs in art schools and departments. The two draw on different bibliographies and ideas of what nonfiction is, has been, and can be.

"Creative nonfiction" in MFA programs doesn't often have much to do with the Frankfurt School or with French poststructuralism. It isn't theorized through Agamben, Benjamin, or De Man. Its examples are mostly English language essayists from the 19th and 20th centuries. The Nonfiction Writing Program at the University of Iowa is a central example in that it takes the essay as its central term but is not crucially engaged with poststructural theory. Other programs in the US that offer creative nonfiction include Penn State, Hollins, UNC Wilmington, University of Minnesota, Notre Dame, University of Pittsburgh, and the University of Arizona.

(John d'Agata's Lost Origins of the Essay, which I have written about elsewhere in this project, is a counter-example, but its interest in Continental poetics is not aimed at critical theory. d'Agata includes Artaud, Pessoa, Celan, Jabès, Paz, Yourcenar, Cortázar, Butor, Duras, and Handke, but he is not concerned with Adorno, Horkheimer, Lukacs, Werckmeister, or Buchloh.) 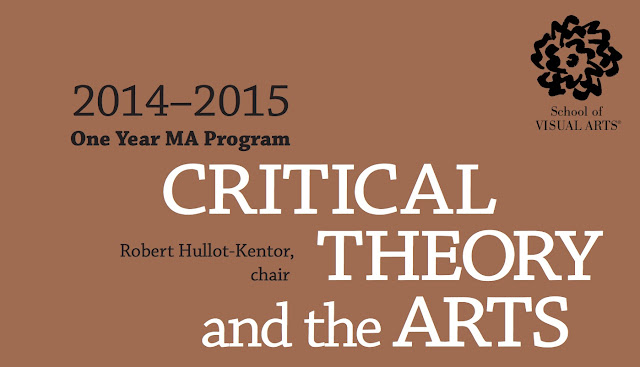 What happens at the University of Iowa and other MFA programs that offer nonfiction can be contrasted with what happens in the  School of Visual Arts' MFA in Art Criticism and Writing, the University of Sussex Creative and Critical Writing MA, the MA in Critical Theory and Creative Research at the Pacific Northwest College of Art, the San Francisco Art Institute, The New School's Critical Theory and the Arts MA, or similar programs in Nottingham, Brighton, Columbia, Goldsmiths, Cardiff, Frankfurt, and Kent. In these places critical theory infuses the curriculum, and "creative nonfiction" is not a common expression. The allegiances of these programs is to Frankfurt School theory and the Kantian tradition, as I suggest in chapter 24. 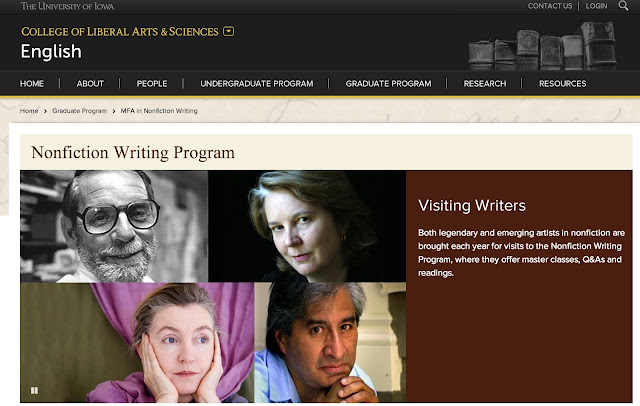 On the one hand there's a primarily Anglophone history of creative writing and nonfiction, and on the other a mixture of Continental (mainly French and German) philosophy and artists. The asymmetry is interesting and deep, given that it isn't only a matter of the acceptance or avoidance of "theory" but also of proximity to the visual art world.

(There are a number programs that overlap these two categories, offering some theory courses along with MFA-style writing, or supporting MFA-style writing in a preeminently experimental setting. CalArts's MFA in Creative Writing, for example, has a website that advertises its engagement "with the history, theory and politics of contemporary writing," but its journal, Black Clock, has featured another sort of writer, including "Don DeLillo, Richard Powers, Joanna Scott, Jonathan Lethem, Lynne Tillman, Rick Moody, Samuel R. Delany, Aimee Bender, Joseph McElro." The distinctions I'm observing here are general ones; they would have to be assessed in each program individually.) 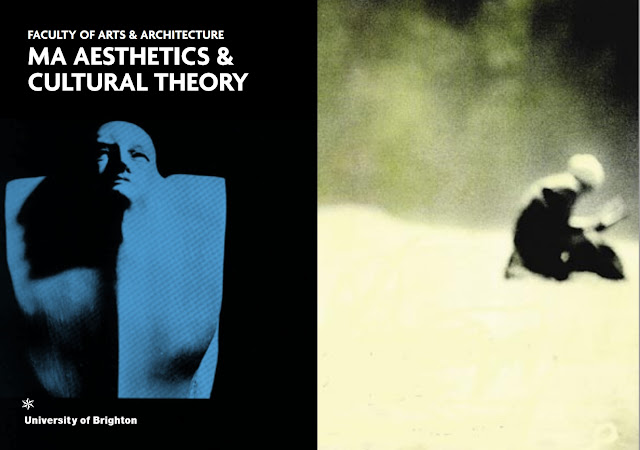 This makes me think of a short list of proposals for advancing a more complex sense of what nonfiction can do when it comes to visual art:

1. It would be interesting to extend the mainly Anglophone history of the essay into other languages. This happens in the older scholarship on the essay, such as Richard Chadbourne's internationally-minded "A Puzzling Literary Genre: Comparative Views of the Essay," Comparative Literature Studies 20 no. 2 (1983). And yet even the earlier literature is centered on Europe and European languages; it would be good to make use of the last thirty years of postcolonial and area studies to include essays  in minor European and non-European languages.

2. It would also be interesting to develop the relatively few points of intersection between contemporary theorizing on visual art (including artists who theorize, as well as visual studies scholars such as Irit Rogoff and Tom Mitchell) and contemporary literary theory that is engaged with nonfiction (including John d'Agata, David Lazar, and Philip Lopate, but also Marjorie Perloff, Charles Altieri and others).

3. And it would be fruitful to bridge the gap between the day-to-day discussion of art in art schools, art departments, and art academies, on the one hand, and philosophy departments involved with critical theory, on the other. This was the proposal of a one-day event at Parsons The New School, called "What is Critique?," in which half the day was devoted to "the crit," and the other half to Adorno and critical theory. The assumption of the day was that the optimal source of sense for the "art crit" was Frankfurt School theory, but on that day at least, no one elaborated how that might be explored. (More on this later.)

4. And it would be especially good to connect these concerns with nonfiction teaching in countries outside Europe and North America.