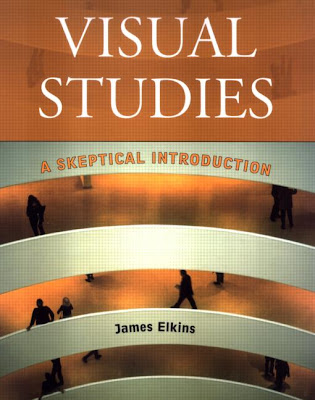 The Space Between Interesting Writing and Visual Studies

The second starting point for this project was a gap between interesting writing and visual studies. This excerpt from Visual Studies: A Skeptical Introduction is the last entry in a list called “Ten Ways to Make Visual Studies More Difficult.” The passage turns on the strange position occupied by John Berger, who is a model and precedent for much of what visual studies has become.

The Challenge of Writing Ambitiously

What can I say on this last subject that has not been said before by every scholar to herself, or deliberately left unsaid by every academic who thinks of writing as an effect of politics, or repressed by every historian who wants to imagine that writing is the transparent vehicle of truth? Nothing new, except that it is seldom a good idea to try not to think about what ambitious writing means in your field. Ambition, for lack of an easier and more manageable word, is essential to a visual studies that is committed to being less easy.

When it comes time to write an article or a book, think concertedly about the kind of writing you hope to produce. There is no penalty for paying attention to writing itself, and often there is a reward: what you write will be read more widely.

Here is an example to indicate how under-theorized the problem of good writing in visual studies has become. In my experience a surprisingly wide range of people who study art history and visual culture name John Berger as an important inspiration. I have been told so by scholars who specialize in such different fields as performance art, the semiotics of cubism, and the history of design. Berger seems to have become a patron saint of social art history and visual culture to a degree that social art historians such as Frederick Antal or Arnold Hauser never did.

What makes this strange is that no art historian or specialist in visual culture writes anything like Berger… Why don’t the many people who have taken inspiration from Berger’s Ways of Seeing and About Looking also take on board any of the kinds of writing that he practices?

I can think of two answers, both somewhat depressing. Most of us do not think of ourselves as poets and novelists, and therefore we excuse ourselves from experimentation; and most of us have, at one time, wanted tenure, and tenure requires propriety. Here is how I would put the question that I think remains when these two inadequate answers are set aside: given that academic social art history and visual culture has found Berger’s message about the politics and gender of seeing so fruitful, what kind of elaboration of his position has allowed contemporary scholars to avoid Berger’s conviction that the writer’s voice is never irrelevant, that gender and politics require the writer to involve the writing?

A few people working on visual studies do take the writer’s voice seriously—so few I can count them on one hand: the sometimes brilliantly incoherent Jean-Louis Schefer, the ecstatic and unpredictable Joanna Frueh, the kaleidoscopic and confessional Hélène Cixous, the slightly paranoid, inconsistent, and often inspiring Dave Hickey. (That’s paranoid about what academics think, inconsistent about his desire to ignore them, and inspiring for people trying to.) Writers like these do not form a set—although by coincidence Hickey and Frueh taught in the two largest cities in Nevada—and that testifies to the rarity and difficulty of genuinely experimental writing. Most art historians and visual theorists interested in the writing and the writer’s voice keep their experiments narrow and safe, so that academic work is well separated from poetry, reverie, and fiction…

That is all that I think is worth saying about writing ambitiously. If you are a student or a scholar, writing is what you do. It can only make sense to do it absolutely as well as you are able.

I wrote the original version of that passage in 2003, and I think it’s still true. Only today I would put it more strongly. There is no discourse in the field of visual studies regarding writing. The field includes a fair amount of experimental writing (for example in The Visual Culture Reader) but no one has said how writing might work in visual studies: the discourse on writing in visual studies is even more impoverished than it is in art history.

This is a second starting point for this project: art history has an impoverished sense of what constitutes good writing, but visual studies has no visible sense of writing at all. Visual studies has spent very little time considering writing; despite the overlaps between visual studies and experimental forms of nonfiction, the fields of visual culture, Bildwissenschaft, and visual studies are effectively naïve about writing. And yet at the same time visual studies intermittently claims to possess a new sense of how images work with texts, how they “theorize” or “argue,” and how art history has failed to acknowledge those properties—there's more on this in Theorizing Visual Studies. In this context I just want to register the paucity of literary criticism in visual studies.