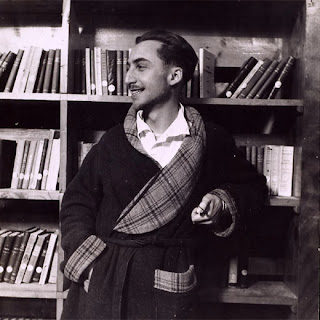 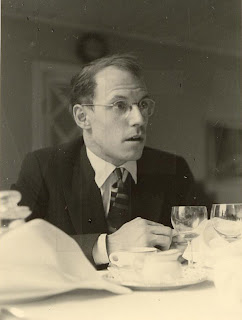 The necessity of a separate chapter on this subject is a result of the historical development of art history and theory since the 1970s. As a discipline, art history hasn't absorbed the interests and interpretive strategies associated with Barthes, Foucault, Derrida, Deleuze, Lyotard, and others in such a way that they have become indispensable. Individual theories and theorists have been widely discussed, and many contemporary practices of art history would be fundamentally different without the developments in French criticism and theory from the mid-1960s to the 1990s, but the discipline of art history has not made them central or normative.

This complex story–which luckily isn't my subject here—has resulted in a fairly clear distinction regarding art writing. The historians, critics, and philosophers I will be considering in this chapter are, generally speaking, not considered as art historians. They are read as parts of the history of the reception of postmodern art, and as sources for art theory, but their texts would not generally be taken as examples of art history. Foucault's discussion of Las Meninas is widely read in graduate seminars, and still analyzed in art historical accounts of Velázquez's painting (for example in Benjamin Binstock's Vermeer’s Family Secrets), but it is taken as a philosopher's theory, not a scholar's contribution. Derrida's imagined conversation on one of Van Gogh's paintings of shoes is also still widely read in art history seminars, but as a contribution to art theory. Barthes's Camera Lucida is read in photography seminars, but as theory; I think only Geoffrey Batchen has suggested it might work as art history. (In Photography Degree Zero; his identification is discussed in my What Photography Is.)

There are also ambiguous and marginal cases, where the work may also considered as art history. Hubert Damisch's books such as A Theory of /Cloud/ and The Origin of Perspective are examples; so are Daniel Arasse's books such as The Detail or Vermeer: Faith in Painting. I might also name Louis Marin or Jean-Claude Lebensztejn in these terms; readers suggested Julia Kristeva, or Gilles Deleuze on Bacon, Jacques Dupin on Giacometti, Jean-Luc Nancy on On Kawara, Jean Genet on Rembrandt, Merleau-Ponty on Cézanne, Antonin Artaud’s response to a Van Gogh show at the Musée de l'Orangerie [see the comment to this Post, below], and Jean Baudrillard on trompe-l'oeil. (Thanks to Lyle Massey, Joacim Sprung, Barry Schwabsky, John Yau, J. Karl Bogartte, and John Kaly for these.)

When I posted a draft of this essay, Kristine Stiles, Aruna D'Souza, and others questioned the premise that these writers aren't art historians. They pointed out that art historians have routinely studied French poststructural texts for decades, and so Deleuze, Foucault, and others are in effect integral to the discipline. Certainly that is true for me: the North American experience of art history from the 1970s to the present includes all the authors I've mentioned so far. From this perspective it doesn't matter that texts by Derrida, Barthes, and others are introduced in seminars as theoretical models rather than art historians, because art history has always been a mix of theoreticians and historians; English-language writers like E.H. Gombrich and George Kubler are also introduced more as theorists than historians.

But luckily—again—my theme is not disciplinary definitions, but writing; I'm making these observations not to police what counts as art history, or to decide what counts as theory and what as history, but to open a way to talk about writing. In terms of writing, there are differences between French poststructuralism and what is practiced under the name art history. An imaginary dialogue of unnumbered, unnamed female speakers—Derrida's dramatis personae in his essay on Heidegger and Van Gogh—is still not viable as an option for art historical writing. (The field is open enough to accommodate such an experiment, but I can only think of one or two examples. Certainly a young art historian wouldn't be well advised to write in the form Derrida adopted in that essay.)

What I am proposing in this chapter, then, is a closer look at the kinds of writing on visual art that were done in France, beginning in the 1970s and 1980s, largely following Roland Barthes. Because the subject here is "experimental writing," I am most interested in texts where the form, narrative, voice, structure, and rhetorical devices are presented as radical or unusual in relation to some practice.

The question of writing, in these authors, is not only a matter of the expanded sense of écriture or littérature that is developed in Barthes, Derrida, and others. For several of these writers, the corpus of writing against which they measure their own work, or to which they wish their writing to respond, is philosophy, but sometimes it is also art history. Damisch's Origin of Perspective was written partly against art historical writing on perspective that Damisch had read; on the other hand, Jean-Louis Schefer's The Deluge shows his awareness of that perspective literature, but also his lack of interest—his mind is much more on art theory.

Arguably Barthes is the central author in this thematic, but he is absent from this chapter because I have written a book on what writing meant to him at the time he wrote Camera Lucida. Small portions of that are discussed in the Third Introduction. Here I'll begin instead with an outlying text, Salvador Dalí's The Tragic Myth of Millet's Angelus, for reasons I will give later. After that prologue, the discussion of French texts begins with Jean Louis Schefer.